A little something extra 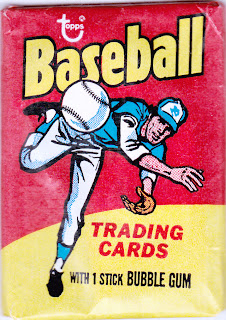 No, this is not a repeat of yesterday's post. It's not even the same image.

I received a thank you package in the mail from Andy of the Baseball-Reference.com blog. It really was the most appropriate thank you that he could have made. And I am most appreciative.

That was my gift.

That is out of sight.

I have not opened a 1975 Topps pack since probably August 1975. So it was quite a thrill opening this pack. And I'm going to show the cards here. I also opened the pack on my other blog, and I go into a little more detail over there, if you are interested.

I had to pair up the cards that I pulled out of the pack with the regular-sized version of the card, just so you would be able to tell that it's a mini card. 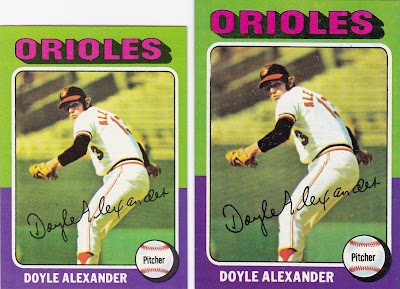 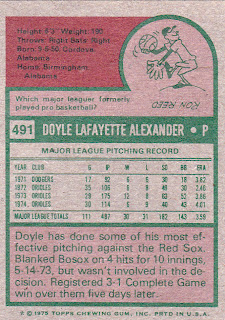 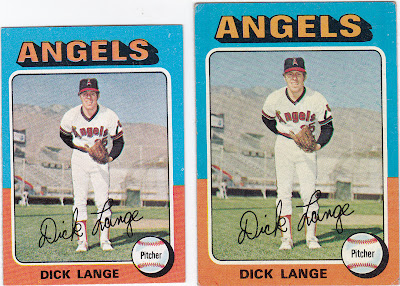 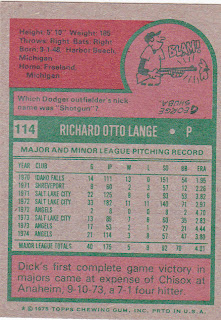 A card I traded for in that big deal for mini cards that I made in 1975. 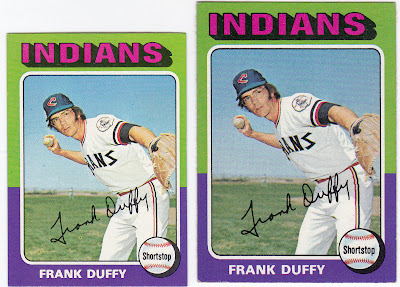 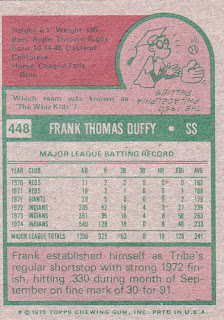 One of the first cards -- if not the first -- that I obtained in mini and regular-sized versions during 1975. 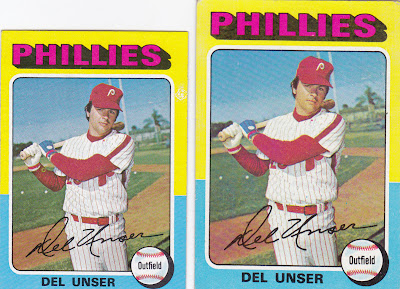 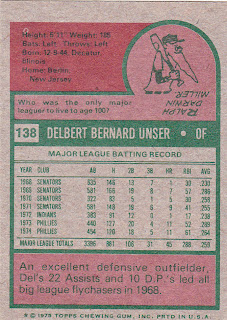 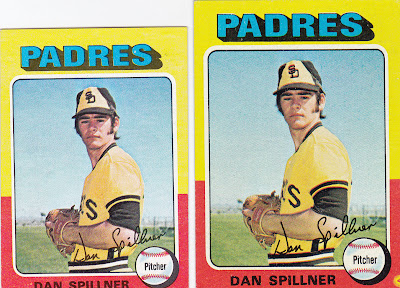 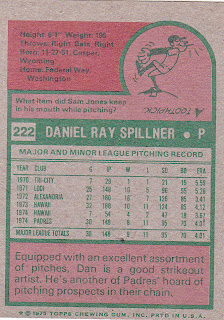 I pulled the regular-sized version of this card when I was on vacation in July of 1975 after a walk to the drug store in the town we were visiting. 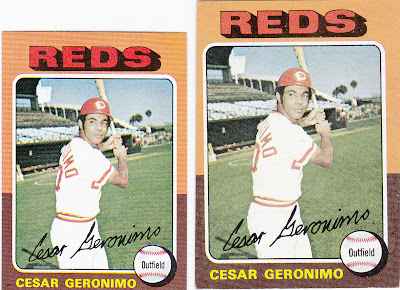 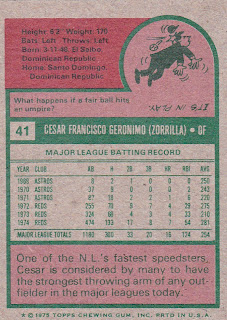 Possibly the best offensive player in the pack. I never pulled this card in 1975. 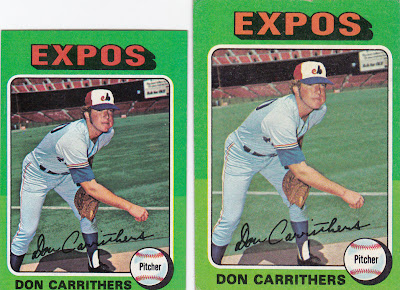 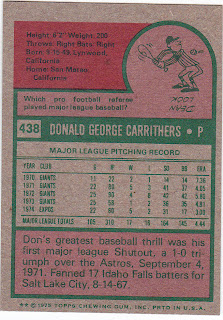 Another mini card I acquired in the Great Mini Trade of '75. 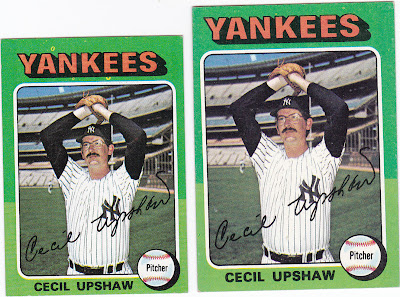 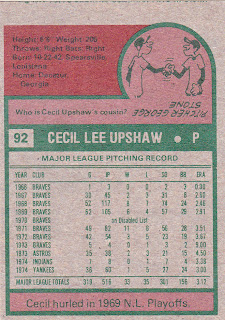 Yes, another card acquired in that mini trade. 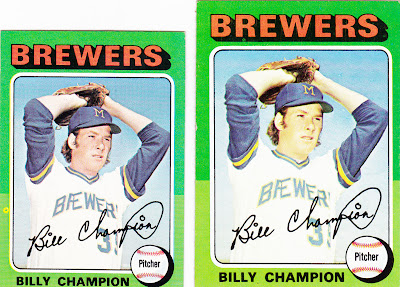 #256 - Billy Champion (several of the minis were off-center, top-to-bottom, causing the scanner to trim the bottom part of the card). 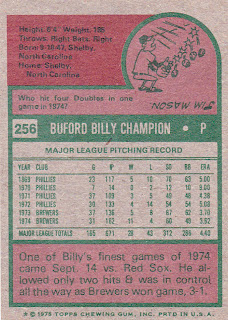 The regular-sized version of this card was acquired through another trade, although I don't quite remember the circumstances. 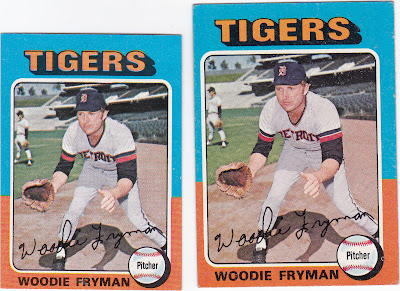 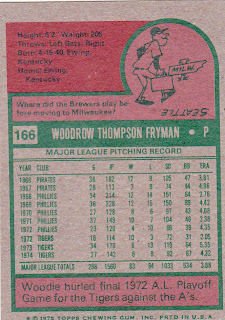 I never pulled this card in '75.
So, if you're a veteran of pack purchasing in 1975, you know that's the end of the pack, as there were 10 cards in every wax pack in '75.
Out of the 10 cards, I had four in mini form already, although all four of them are excellent upgrades.
All will go toward my leisurely pursuit of the entire 1975 Topps mini pursuit (still need Yount, Brett, Ryan and Aaron ... heh), so I thank Andy for that.
Most of all, thanks for the '70s flashback. It was terrific fun. I even waited three whole days before opening the pack.
Hope everyone enjoyed!
I'll be back tomorrow with some final words.
Posted by night owl at 2:00 AM

I'm dying to know. Did you try to chew the gum?

Check the post on the other blog. I mention that there.

Amazing. That must have been quite a thrill!