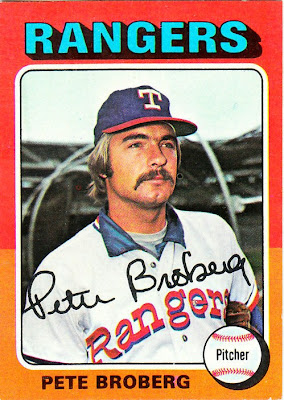 Card fact: This card marks the debut of Pete Broberg's mustache. It rises to spectacular levels on his 1976 Topps card, but is never the same after that. Some of his latter cards feature him sans mustache or with a more modest one.

What I thought about this card then: I had the mini card. Like all of the Rangers cards, I thought it was great. Rangers cards with players who had mustaches were doubly great.

What I think about this card now: Still a terrific card. The batting cage in the background adds something extra.

Other stuff: Broberg was a pitching star for Dartmouth College who went straight from college ball to the major leagues with the Washington Senators. He spent two years with Washington and Texas before he was sent down for the 1973 season.

After his career, Broberg went to law school. He's been a practicing attorney in Florida for the last 20-plus years. 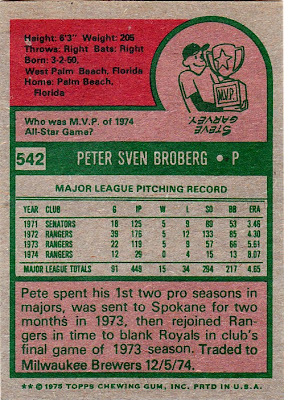 Back facts: Well, there's the last minute addition of Broberg's trade to the Brewers at the end of the write-up. I never realized there were so many of those in this set until I did this blog. 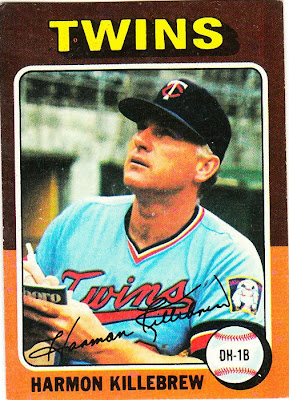 I guess the 'stache keeps him off the "dude looks like a lady" list. I remember being a little freaked out by the different colors of his hair. I grew up in a tiny town so we didn't see that for a long time.