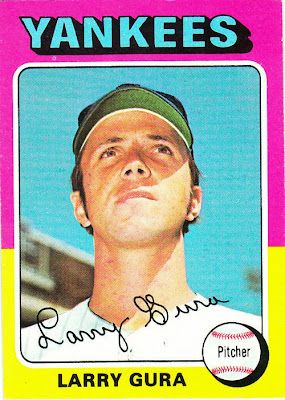 Card fact: Larry Gura is likely wearing Cubs garb in this photo. He hadn't played for the Cubs since the 1973 season as he was traded in the offseason from the Cubs to the Rangers. He never played for the Rangers and was traded in May of 1974 to the Yankees. It appears Topps couldn't get a photo of Gura in a Yankee uniform and went with an older picture.

What I think about this card now: That seems to me an unusual way to write an L.

Other stuff: Gura, who would go on to be one of the best pitchers the Royals ever had, was another one of my friend Jeff's favorites when I was kid. For Jeff, it was Amos Otis and Larry Gura all the time. But before Gura arrived with the Royals, he struggled to stay in the majors with the Cubs and the Yankees.

After the Yankees dealt Gura to the Royals in May of 1976, he found his stride. In 1978, he was 16-4 and a regular starter during the Royals pennant-winning teams of the late '70s. As luck would have it, Gura ended up facing his former team, the Yankees, in the playoffs in 1976, 77, 78 and '80. Gura famously ripped Yankees manager Billy Martin during the '76 playoffs for treating him harshly during his stay with the Yankees (Martin, it is said, didn't respect Gura's stuff or training habits). Martin would refuse to start him.

Gura pitched until 1985, finishing his career back with the Cubs, where he started. 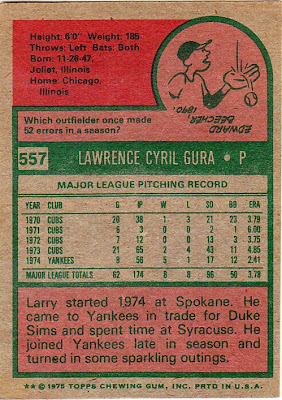 Back facts: The write-up reads like a Topps apology for not getting Gura in a Yankees uniform:

"You see, Larry started 1974 in Spokane, and THEN he came to the Yankees in a trade and spent time at SYRACUSE. Then he joined the Yankees LATE in the season.'

Other blog stuff: I recently received a generous package of 1975 Topps upgrades from wobs of the terrifically informative 1974 Topps - Pennant Fever blog. 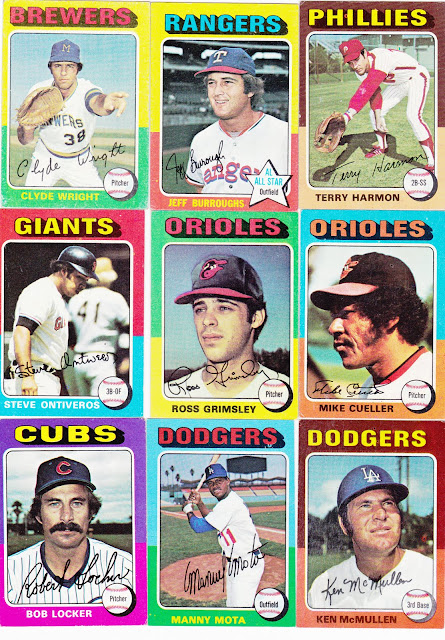 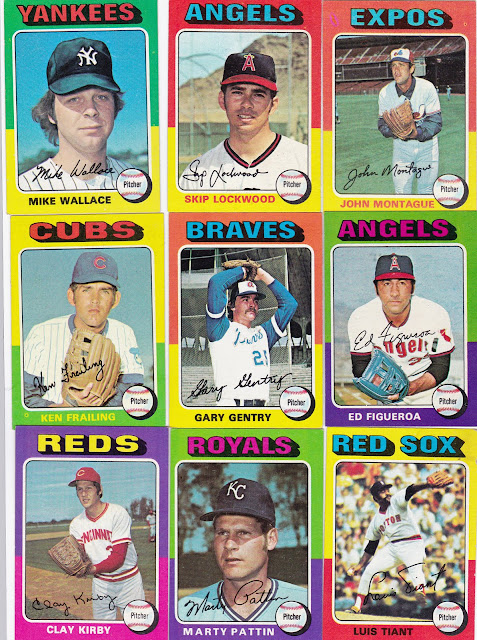 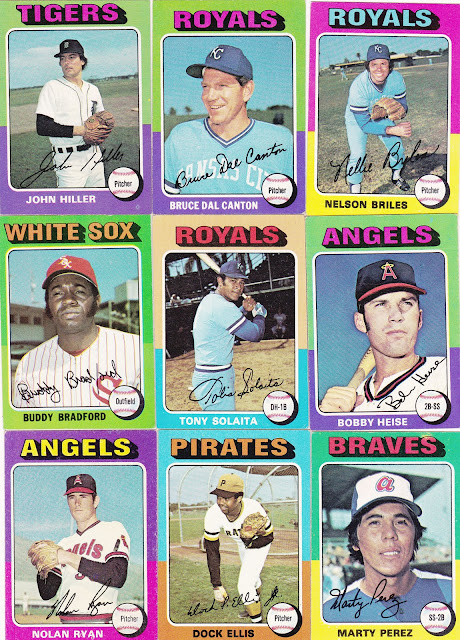 No mention of "Cyril"? That's a pretty unusual middle name.

Anyone who is known as a Yankee killer is alright in my book.

Those look great all laid out together. It's easy to see how seeing the whole set together could hook you.