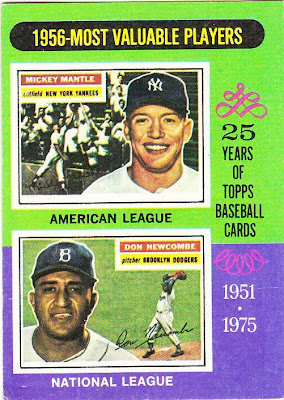 Card fact: This is the first card in the MVP subset that features a card that I own. I have the Don Newcombe card. Yay for me.

With this card, Topps is displaying the 1956 set, one of my favorite sets of all-time. Topps stayed with the horizontal look with this set, but went with painted baseball backgrounds and scrapped the team logos for the first time since 1951.

It all adds up to a very pleasing set, one I hope to complete one day.

What I thought about this card then: I had the mini card, which made the individual card images look even tinier. But I don't recall thinking anything much about the actual card.

What I think about this card now: Mantle looks very young. Also, I believe that action shot behind him has been used on other cards. 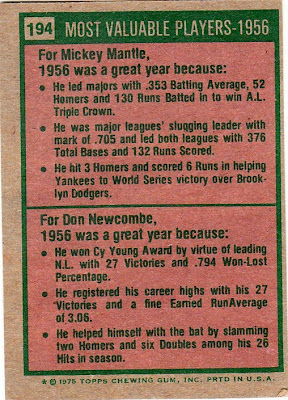 Back facts: No argument with Mantle's selection for MVP. He had a heck of a season.

Other blog stuff: Here is the the regular-sized card and the mini card side-by-side. You'll note the mini-card was folded a couple of times: 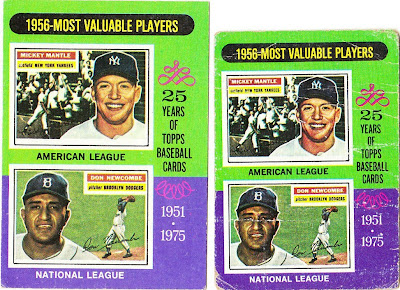