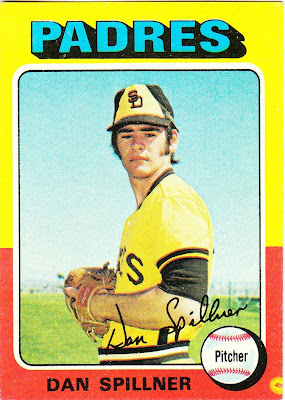 What I thought about this card then: This is one of the cards that I remember pulling out of a couple of packs while my family was on vacation in the summer of 1975. I remember sitting on the hotel bed and opening the pack. I liked this card because the border matched with Spillner's very colorful uniform.

What I think about this card now: Those were some crazy get-ups the Padres wore.

Other stuff: Spillner was a hard-throwing right-hander who was known mostly as a reliever but did have a couple of decent seasons as a starter, particularly when he won 16 games with the Indians in 1980. Spillner didn't get the luxury of playing for decent teams. Both the Padres and Indians were lousy in the '70s and '80s. Eventually, Spillner landed with the White Sox, which were fairly decent during his brief stay there.

In a "where-are-they-now" article, Spillner remembers not having to throw a curve ball for the first three years of his major league career, and getting shut out by owner's collusion in the mid-1980s. Claiming he could have pitched for a couple of more years, he received a $486,000 settlement. 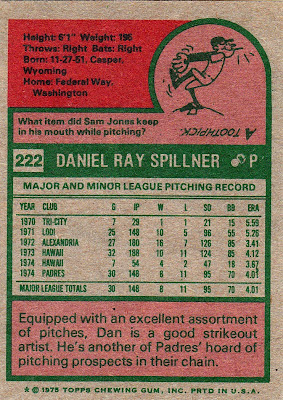 Back facts: How is it possible that Sam Jones did not swallow a bunch of toothpicks during his career?

Also, I enjoy the write-up. The Padres' pitching hoard was so good that they didn't win a single thing until the mid-1980s.

Other blog stuff: I still have the old card that I pulled out of that pack. Here it is: 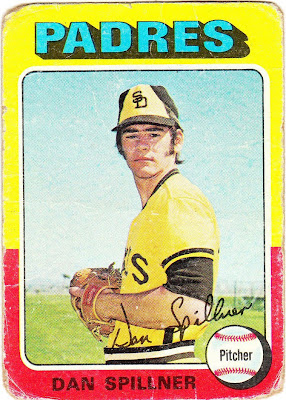